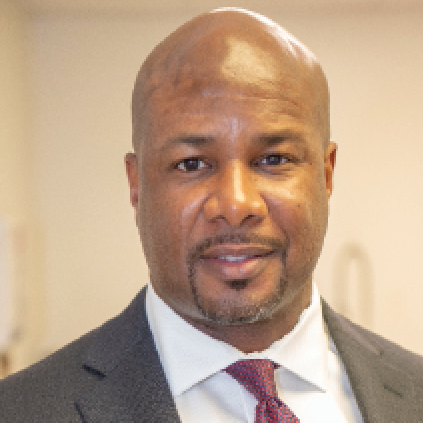 SpecialityDarvin Williams, Esq, CEO of Med Optimization
BiographyDarvin Williams, JD, MBA, MPH is a healthcare executive with over twenty years of industry experience ranging from managed care contracting, network development strategies, and mergers and acquisitions. He is a sought after speaker on topics such as the Aﬀordable Care Act and Medicare and Medicaid laws. He is the founder and CEO of Med Optimization, a consulting ﬁrm focused on improving margins and innovation in the healthcare sector. Mr. Williams holds a doctorate of law degree with a focus on health laws from the George Washington University Law School and a master's of public health degree with a concentration in health policy from the George Washington School of Medicine. He also holds a masters of business administration with a concentration in healthcare administration from the University of Miami. Mr. Williams is a highly decorated veteran of the United States Army where he honorably served in the 313th Military Intelligence Battalion of the 82d Airborne Division at Fort Bragg, NC. He trained as a Spanish linguist and airborne paratrooper. A frequent volunteer and an avid philanthropist, Mr. Williams is the founder and President of Wellspring Community Resources, Inc., a nonproﬁt organization that has served seniors in the communities of Miami Gardens, Opa-Locka, and North Miami with improving their total wellness.

All session
by Darvin Williams