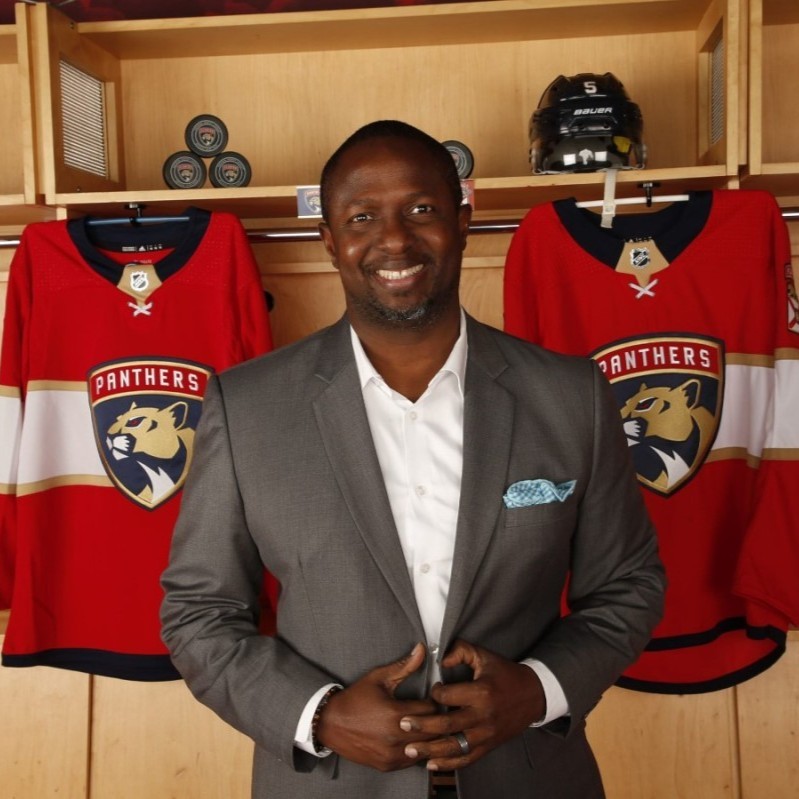 Thomas Eugene is entering his 15th season in professional sports and third season with the Florida Panthers and FLA LIVE Arena. Eugene currently serves as the Senior Director of DEI & Multicultural Affairs with the team. In this role, Eugene focuses on the three pillars that help shape the areas of opportunity: workforce, workplace, and Marketplace. Before joining the Florida Panthers, Eugene spent 12 years with the Miami Dolphins and Hard Rock Stadium as Senior Account Executive.

In his role, Eugene worked intimately with individuals and corporations to cultivate a strong working relationship for the Miami Dolphins. Through that connection, he finds creative ways to collaborate on events at the stadium. Eugene was part of a dynamic group sales department that in 2014 set an NFL record for group sales, surpassing the previous record by over 25,000 tickets. Additionally, he was ranked number one in his department for the number of group tickets sold and number two throughout the Dolphins organization in total revenue during the 2014 season.

Eugene surpassed Nine million in revenue during his 12 years with the Miami Dolphins. A native of Haiti, Eugene graduated from the University of Florida. He is currently a Life member of Phi Beta Sigma Fraternity, Inc and serves as a board member of Sant La, Haitian Neighborhood Center in Miami.

All session
by Thomas Eugene, Jr.