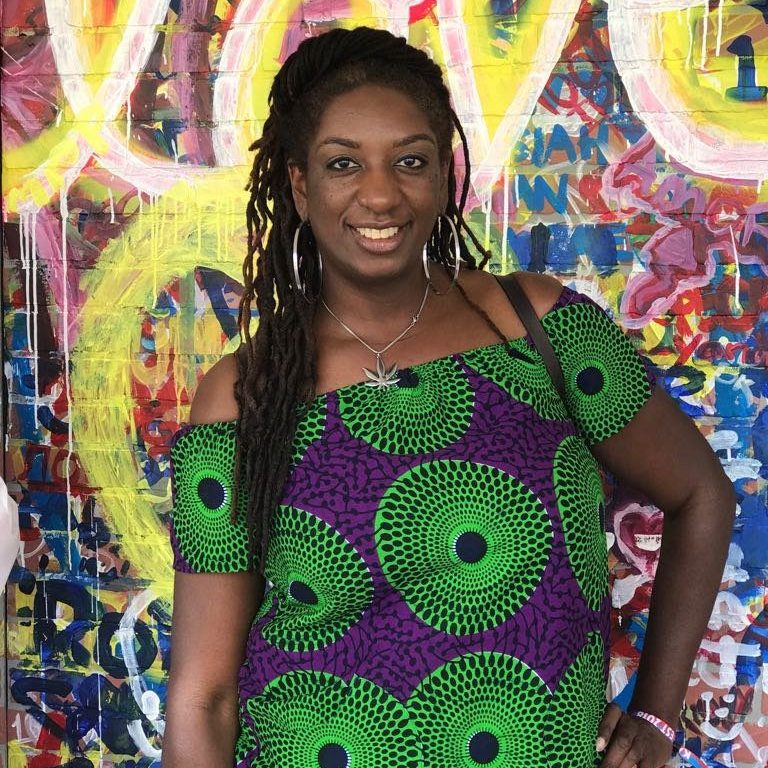 SpecialityAgricultural and Cannabis Attorney at Doumar, Allsworth, Laystrom, Voigt, Adair, and Dishowitz
BiographyScheril Murray Powell, Esq. is an Agricultural and Cannabis Attorney at Doumar, Allsworth, Laystrom, Voigt, Adair, and Dishowitz. The Daily Business Review has named her one of the Top 12 Cannabis Attorney’s in Florida. She is the Executive Director of the Black Farmers and Agriculturalists of Florida and former Director of Federal Affairs for the Florida Department of Agriculture and Consumer Services. Scheril is on the Hemp Pilot Program Advisory Board for the University of Florida. She is on the board for the Hemp Feed Coalition and the U.S. Hemp Builders Association. She is also President of consulting firm Green Sustainable Strong, LLC. In 2018, she was a recipient of the Crohns Foundation Blood, Sweat, and Tears Award and the Cannabis Business Award's Industry MVP Award. She is In House Counsel for Sunflora/ Your CBD Store and former In House Counsel for Green Roads World She is a graduate of Florida International University College of Law. As a Cannapreneur, Scheril is the President of Canna Headhunters, a staffing agency in the Cannabis Industry that connects Cannabis talent to opportunities. She has been selected to present at a number of Cannabis Conferences including the South East Cannabis Conference, the Women Grow Leadership Sumit, the U.S. Cannabis Conference, Canex Jamaica Conference, South East Cannabis Conference, Cannaday, The University of the West Indies Caribbean Neuroscience Conference, Women Grow Leadership Summit, The Kentucky Hemp Convention, The Kentucky State Hemp Symposium, the University of Technology Jamaican Medical Cannabis Integrated Symposium, The Women of Cannabis Conference, the Cannabis Science Conference, Detroit’s Canna Con, Florida Medical Marijuana Conference, and Canna-Ed Conference hosted by the Florida Cannabis Coalition. She has been asked to speak at Jamaica’s Pharmacological Board Mandatory Meetings and Jamaica Bureau of Standards meetings based on her international reputation as a Cannabis Expert. In May of 2019, she planned and hosted the 1st Annual Cannurban-Unifest Agricultural Symposium in collaboration with the City of Lauderdale Lakes and the FAMU-Cannurbian Hemp Town Hall with Florida A&M University. Scheril was the regular Cannabis Law expert on Cannabis Law Radio every Saturday morning on Cannabis Life Radio and is launching a Cannabis Talk Show called “Terps in the City” in Summer of 2019. She presented at the National Association of Black Journalists and National Association of Hispanic Journalists Joint Conference in August 2016 on the topic of: “Exposing the Truth: Getting Access to Audio and Video Evidence in Police Involved Shootings”. Scheril is the Treasurer of the FIU College of Law Alumni Board. While at FIU Law, she was the Charter President of the Palm Beach ABA Student Organization and a member and coach of the Board of Advocates Negotiation Team. In 2013, Scheril won the FIU Law Intramurals Negotiation Competition, also she and her partner won the ABA Southern Region Negotiation Competition. In 2014, she and her partner came in 2nd place in the Nelson Mandela International Negotiation Competition and she was awarded the distinction of Best Overall Negotiator for her efforts. Scheril served on the Black Law Student Association’s National Board for two years and is passionate about eradicating sex trafficking and other social justice issues such as police brutality. She has interned at the State Attorney’s office in the 15th Judicial Circuit of Palm Beach County and for two judges of the 17th Judicial Circuit of Broward County. In the summer of 2014, she served as an Anti-Defamation League Summer Associate. She believes that practicing the law and advocacy for the disadvantaged go hand in hand. She is an activist and has dedicated her time and resources to promoting awareness, access to educational resources, and support for survivors of domestic violence and trafficking. She has a Facebook page called “Police Chronicles” which documents national police interactions with the community. She mentors Pre-Law and Law School students of diverse backgrounds and has been a speaker at the Black and Hispanic Prelaw Conference, the Diversity Prelaw Conference, and the HBCU Prelaw Summit and Expo. Law is a second career for Scheril. She spent over a decade in the wireless industry working for T-Mobile, USA; T-Mobile, UK; RIM BlackBerry; and MetroPCS as a Customer Retention Strategist and Marketing Interface Manager rolling out training, technical change, cultural change, and process improvement projects Nationwide. Scheril received her undergraduate Business Management degree from Florida Atlantic University with a minor in Marketing where she pledged Delta Sigma Theta Sorority, Inc. and served as the Student Government Senate Speaker for seven campuses. Scheril credits her hard working and strict Jamaican parents James and Judith Hall for her work ethic, tenacity, persistence, and commitment to excellence. She was taught at a young age that we all have a responsibility to each other and must be the example that tears down stereotypes while opening the door for others to follow in your footsteps. She stays motivated by remembering that her son Judah is watching how she lives her values and “walks the talk” in her daily activities. Scheril believes that every test is for a testimony that will glorify God. If He can do all that he has done for me…imagine his plans for you.