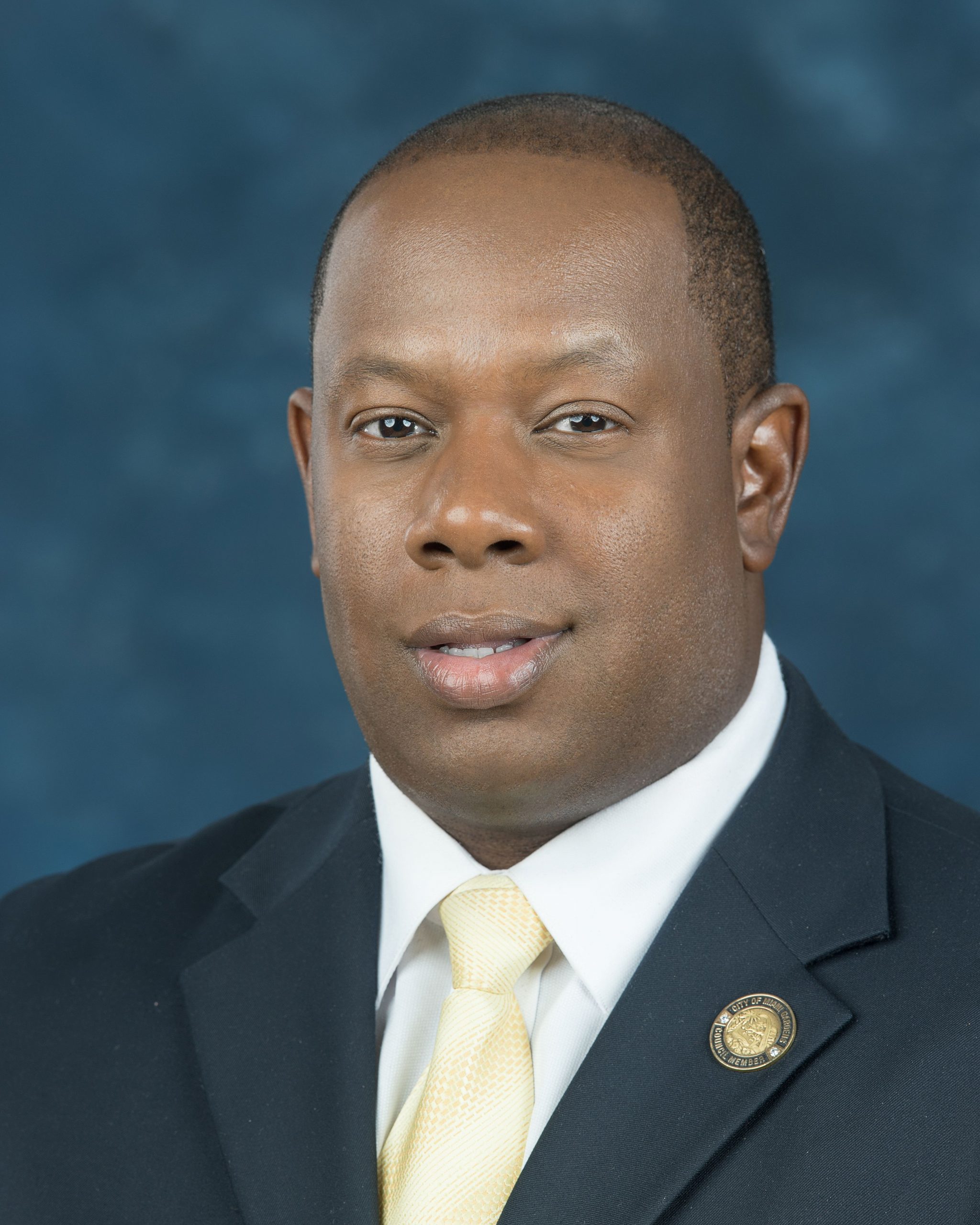 A lifelong resident of Miami Gardens, Vice Mayor Reggie Leon was first elected to the City Council in 2018. He was born raised and educated in the great City of Miami Gardens. As a product of a single–parent household, he learned the value of hard work, education, community and the importance of service to others. These are the values he has carried as a father of two daughters and as an advocate for his community. He is no stranger to leadership and execution. Vice Mayor Leon has been employed with UPS for over 20 years and is currently a member of their Florida District Management team.

As a community activist and leader, Vice Mayor Leon remains committed to the community that reared him, serving as Co–Chairman of the UPS African American Business Resource Group – Florida District. He is a Board Director for the Elderly Housing Development & Operations Corporation, Orange Blossom Classic, Florida Youth Football League, and an Executive Committee Member of 100 Black Men of South Florida. Furthermore, Vice Mayor Leon has served as a role model and mentor to the young men of the 5000 Role Models of Excellence Project, and was recently appointed as a Director of the Miami–Dade County League of Cities’ board. In 2016, he was recognized as one of Legacy Magazine’s “South Florida’s 40 Leaders Under the Age of 40” and in 2019, he was acknowledged by the publication as one of “South Florida’s Most Influential Black Business Leaders.” Vice Mayor Leon’s unyielding support and commitment to community is reflected in every project he undertakes. During his tenure some of his major accomplishments include spearheading the effort to provide a COVID–19 testing and vaccination site for residents; revitalize and reopen parks in residential area 2 and establishing a trolley route on the east side of the city. These endeavors all share a common thread – offer optimal and dependable services to the community. A quote by Nelson Mandela is scripted in his office “It always seems impossible, until it’s done.” This has always been the principle Vice Mayor Leon has lived by, he is steadfast in his commitment to doing what was once said impossible for the great City of Miami Gardens. Vice Mayor Reggie Leon holds a Bachelor of Arts in Criminal Justice from Florida Memorial University. He is also a member of Omega Psi Phi Fraternity, Incorporated and is dedicated to the organization’s principles of manhood, scholarship, perseverance and uplift.